Can we watch the movie before we discuss it? 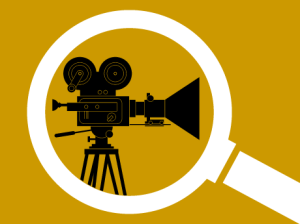 My twitter feed this morning told me that new revelations about Star Wars VIII explain Rey’s origins and connections to the Jedi. I was also invited to take part in discussion and debate about these revelations, and what they mean about Rey’s character, Luke, the Jedi, and anything else you can think of.

All of this for a movie that won’t hit theaters for another 17th months.

Nor is this a unique event. It’s a slow day when I don’t see at least one article about Suicide Squad, debating whether the portrayal of Joker will be true to the cannon or they are using the wrong backstory for Harley or anything else. X-Men, Civil War, Warcraft, before any of them hit the theaters we had articles and tweets and theories, dissecting and analyzing every aspect of a movie, before anyone had seen it. Every week you can learn most of the major plot points of an upcoming Game of Thrones episode, and find vigorous debate about it, all before the episode airs. I love some good speculation, but this is getting out of control.

Am I curious about Rey and her connection to the force? Of course. Do I think its fun to sit around with my friends and wonder if she’s a Skywalker, or a long-lost Jedi, or a 3 eyed raven? Hell yea! (Though that last one, I admit, is a tad out there.) But that’s speculation. I hate not knowing the answers yet, but I don’t want to learn the answers by reading an article about secret photos taken from the set, or leaked emails from the director or an actor who accidentally revealed something in an interview. I want to learn about what happens in the movie by, you know, sitting down and watching the movie.

Obviously I love to debate movies and TV shows- this blog wouldn’t exist without that. I spent months leading up to Civil War discussing the implications of the Tony/Cap conflict with friends, and those discussions were a big part of what inspired this blog and its first post, which was about Team Tony. But I waited to actually see the movie before I wrote that piece, because it just seems ridiculous to spend so much time debating the nuances of things that no one has seen yet. And yet it happens all the time.

This doesn’t mean we shouldn’t discuss things like casting or trailers or marketing campaigns, especially when we think there’s a justice issue at play.  Want to talk about the racism of the Ghostbusters trailer, or the whitewashing of Asian characters in Dr. Strange and Ghost in the Shell- go for it. Feel that the way Harley is portrayed in the trailers for Suicide Squad seems objectified and not true to your vision of the character talk about it.  But before I decide that Jared Leto is the worst Joker ever  ( a claim I’ve seen at least a dozen times) I’d like to at least see him play the Joker for more than a few seconds in a trailer.  Its one thing to judge a trailer or a casting decision or a marketing tactic itself, but can we maybe hold off on making judgements about the movie or TV show itself before we’ve actually seen it? (Unless its made by Zach Snyder. Everything he touches turns to mud. It is known.)

This may just be my grumpy old man moment, and maybe this is how people love to consume media these days.  And in the end its on me to just scroll by those headlines about BB-8 being Emperor Palpatine’s last horcrux and hope there aren’t any spoilers in the blurb that pops onto my Twitter or Facebook feed. But I miss the days when we spent most of the time analyzing a movie after it came out, not before.